Spiranac is making a name for herself

It's a name which been a hit in golfing and social media circles and is now well known on the NSW racing scene.

And Spiranac is also building in popularity at Kooringal Stud as the promising mare prepares for the $150,000 Newhaven Park Country Championship Qualifier (1400m) at Tamworth on Sunday (March 7).

The daughter of Magic Albert, who stood the latter years of his decorated stud career at Kooringal, is named after former US professional golfer Paige Spiranac.

Spiranac, the sportswoman, is also a model with an extensive Twitter following around the world.

“It’s really cool, the guys who named her are a bunch of mates of mine who have a punters club,’’ Northam was quoted as saying on the Racing NSW website.

“They’re mad golfers and they came up with the name. They said 'we’ll see if we can get her out to Australia if she ends up winning a Group 1'.

“I think they had been hounding her a little bit on Twitter until they got a reply. It’s a bit of fun.”

Spiranac, the racehorse, is from Kooringal's outstanding producer Makemeasupermodel and is a half-sister to the talented Kookabaa.

The Kooringal team will be watching on with great interest as Spiranac strives for a spot in the $500,000 Country Championship final at Randwick on April 3.

Spiranac tackles the Mid North Coast Qualifier after finishing down the track at Group 3 level in the Triscay Stakes (1200m) at Randwick.

“She’d been going well leading into Randwick and I just think she didn’t handle the track, Kathy (O’Hara) said she travelled into it like she was going to do something on the turn and then just didn’t really let down in the shifty going," Northam said

“She felt like there was another gear but she couldn’t let down. I said to the owners if we get beaten five or six lengths we’d be happy and we got beaten six.

“A few people might have dropped off her a little bit but I definitely wasn’t disappointed.”

Spiranac has had only 10 starts for four wins and two placings.

“I don’t want to be too confident but I’m really happy with where she is at," Northam said.

"She’s still not foolproof, she’s still learning a bit and she’s going to get better as she gets older.

“Her last bit of work was super and she pulled up well so fingers crossed nothing goes wrong between now and then.” 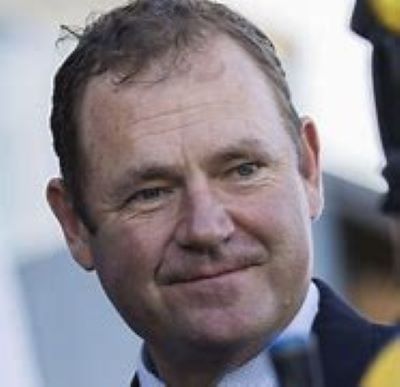