Kooringal Stud’s dedicated team gained great satisfaction when Sunrise Ruby extended her winning streak at Randwick on the final day of the 2020-21 season.

Sunrise Ruby (pictured) registered her third victory straight since returning from a long spell at Kooringal in taking out the TAB Highway Class 3 (1200m) on July 31.

“She won impressively at Albury on debut and then pulled up lame in both front legs after finishing fourth at her second run,” Beer explained.

“Riverina Equine recommended a lengthy break and she went to Kooringal Stud to recover.”

The daughter of Casino Prince spent more than five months in the paddock.

“I told the Kooringal team that I had a high opinion of her and they did a great job to get her back to me in the shape she was in.

“Kooringal played a massive role in her successful return.”

Sunrise Ruby recorded back-to-back victories at her home track in June and July before her Randwick mission.

Beer has high hopes for Sunrise Ruby believes the $1.3 million Kosciuszko (1200m) at Randwick on October 16 could be within the bay’s reach.

“I am confident she is good enough to go down the Kosciuszko path but next year’s Country Championships could end up being her target,” he said. 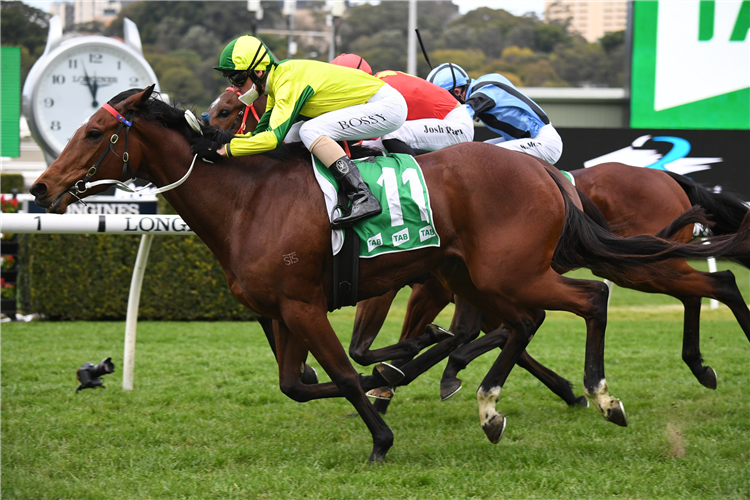