Sweet success was shrouded with sentiment when Banger was a popular winner at Rosehill last month.

The five-year-old’s victory in the $75,000 Highway Handicap (1500m) held special significance for Kooringal Stud’s Angus Lamont, who races Banger with a large syndicate of owners.

There was extra meaning with the win on January 16 coming the same week as the seventh anniversary of Bruce’s passing.

“My grandfather had a lot of success with those colours and it’s special to win any race with them, let alone one on a Saturday in Sydney,” Angus said.

“It’s a privilege to be continuing the tradition.

“Gramps, as he was known, was a huge supporter of mine and I was very honoured when he left his colours to me.”

Comet sired 209 individual winners of a combined 1044 races from 302 runners.

“At one stage he was leading sire in Australasia for winners,” Angus said.

“He was a very handy stallion and the likes of Cobbermine, who recorded 31 wins, raced in Gramps’ colours.”

Banger was bred by Kooringal Stud and is by the ill-fated stallion Shrapnel, whose winning legacy is growing more than four years after his death.

The gelding is the first live foal of the winning General Nediym mare Beautiful Sound.

Angus bought Beautiful Sound off the track and bred Banger as well as his half-sister, who sold at the Gold Coast Magic Millions for $125,000 to prominent Sydney trainer Matthew Smith and is now called Bel Suono.

There are more exciting times ahead for Beautiful Sound’s progeny with a Duporth two-year-old filly in work with Canberra’s Luke Pepper, a yearling filly by The Brothers War ready to head to the breaks and a Prized Icon filly set to be weaned.

Banger has shown considerable promise throughout his career after starting with Craig Widdison at Wodonga.

The bay or brown won three races – including one at Sandown – under Widdison’s care.

Banger registered his Rosehill win at his fifth appearance for Canberra trainer Matt Dale, taking his earnings beyond $150,000.

Dual stakeswinner Shrapnel continued his hot streak when he landed a race-to-race double with Just Business and Landmine at Wagga on Australia Day.

Shrapnel (by Charge Forward) is the sire of 46 individual winners.

Earlier in the meeting former Kooringal stallion Krupt was in the winners' list with the Kerry Weir-trained Deemed Corrupt.

The four-year-old was having his 18th start and had been placed on eight previous occasions.

Krupt (by Flying Spur) has the imposing record of 73 winners - including the stakeswinners Li'l Kontra and Burn Off - from 118 runners. 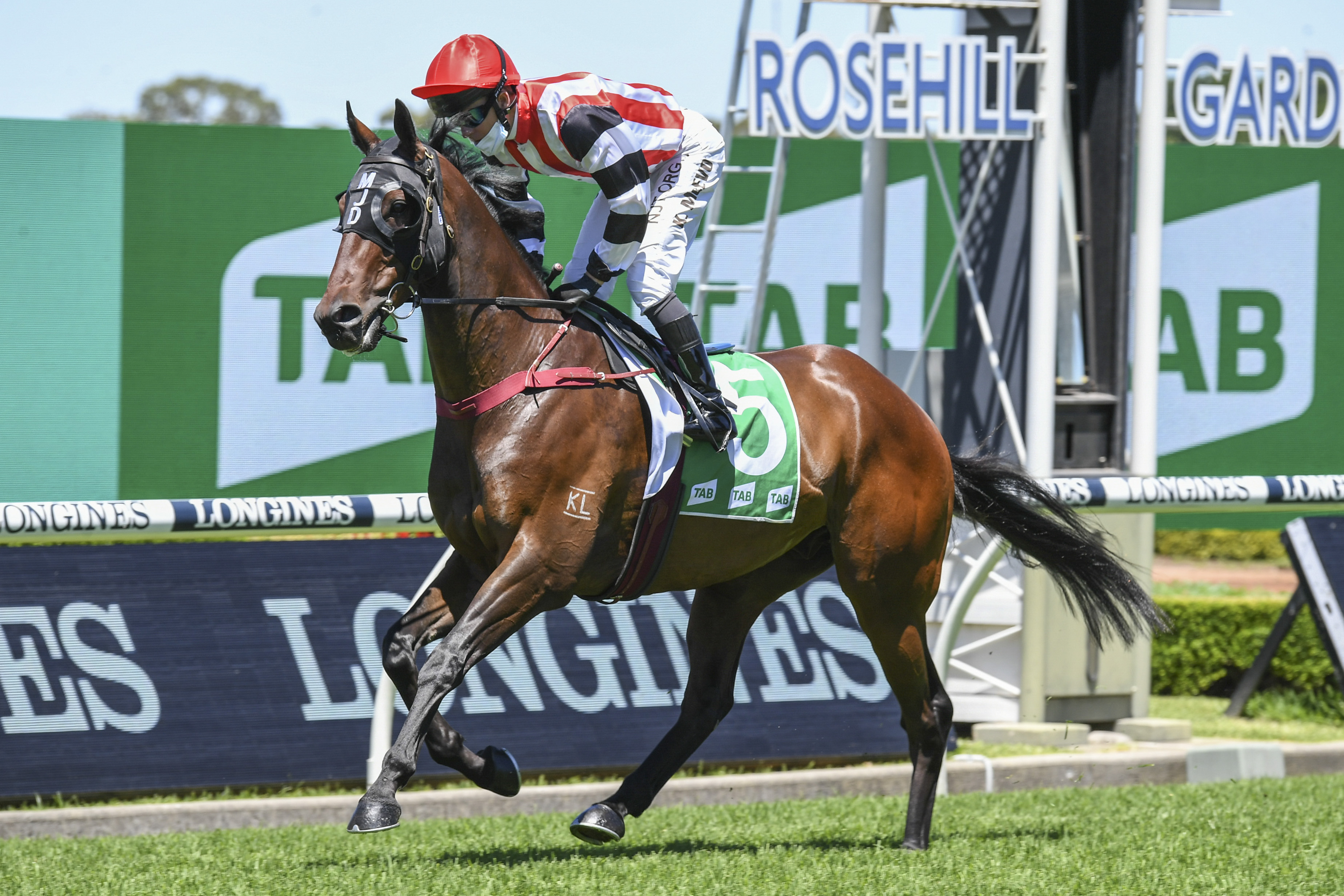